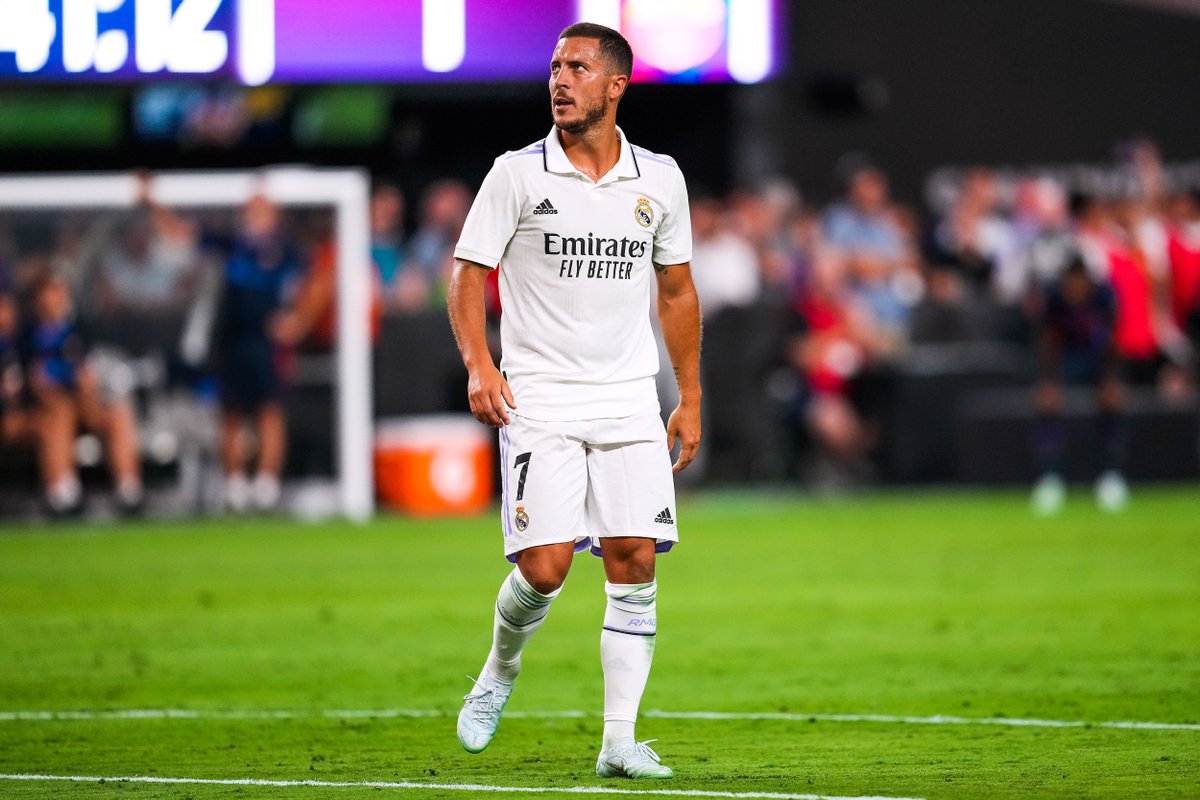 PRE-SEASON: HAZARD ON TARGET FOR MADRID

Belgian international Eden Hazard was on target his Real Madrid sideplayed out a 2-2 draw with Club America from the Mexican top flight. The former Chelsea star came off the bench to score the second Real Madrid goal from the penalty spot.

Hazard was able to score his first goal in pre-season football this summer at the second attempt. In his first pre-season game this summer, the Belgian international skipper failed to have a positive impact as Real Madrid were beaten 1-0 by El Clasico rivals Barcelona on their tour of the United States. The error from Real Madrid defender Eder Militao led to the only goal of the game scored by new signing Raphinha. The Brazilian joined Barcelona from Leeds United in England and he was the recipient of the winning goal.

Ex-Lille player Hazard would be hoping his penalty goal against Club America can boost his form ahead of the new season. He has not been able to live up to expectations at Real Madrid since he moved to the club from England some years ago. Real Madrid signed the playmaker from Chelsea in the summer of 2019 in a deal worth around €100m thus making him one of the most expensive signings in the world of football. He has not been able to replicate the form he showed for Chelsea in England at Real Madrid.

Eden Hazard came on for Spnaish international Marco Asensio at the start of the second half during the Club America game and he scored his penalty goal within ten minutes to give Real Madrid the lead after teammate Karim Benzema had cancelled out the fifth minute opener from Club America striker Henri Martin in the first half. Hazard was on his way to being the matchwinner until the equaliser from Club America eight minutes from time through Spanish attacking midfielder Alvaro Fidalgo via a penalty.