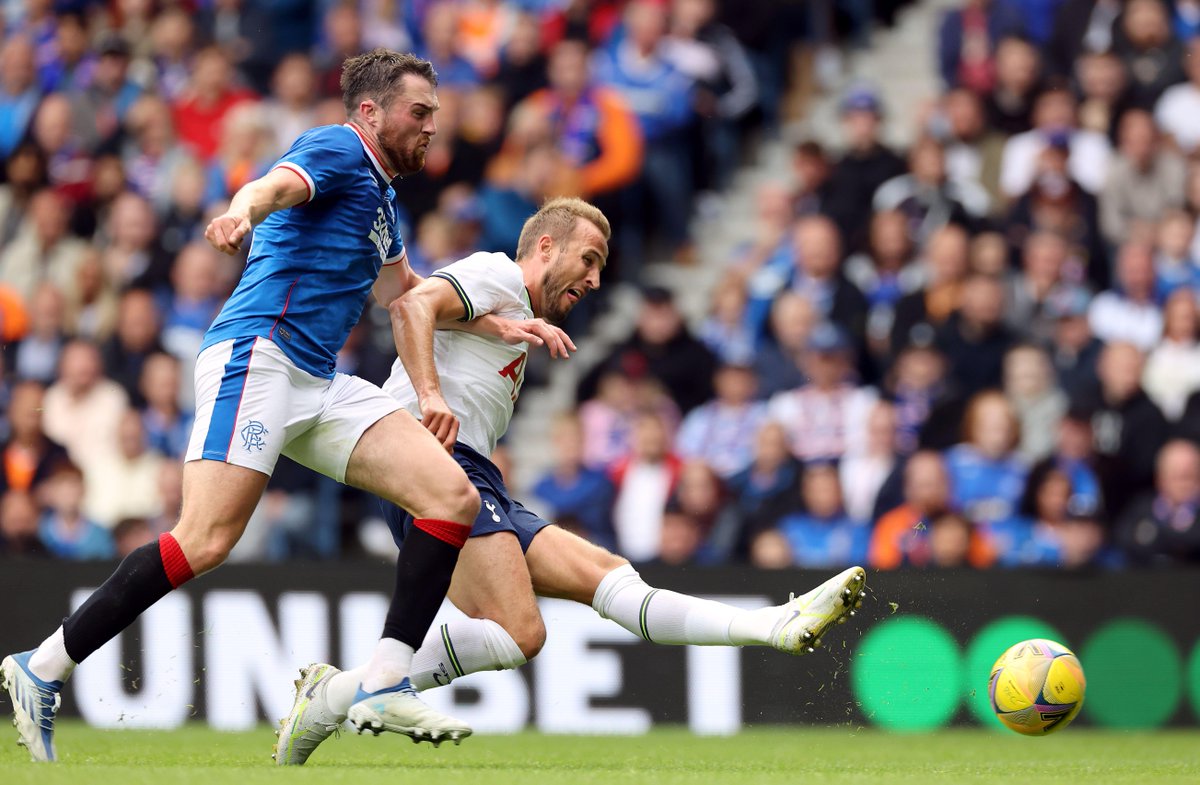 England international Harry Kane scored twice in the second half to leadTottenham Hotspur to an excellent away win over immediate past Scottish champions Rangers.Spurs had to rely on the tested and trusted combination duo of Harry Kane and Son Heung-Min to turn defeat into victory in the second half.

Rangers beat West Ham United 3-1 in their last pre-season friendly clash with all the four goals coming in the second half and they were on course to claim another pre-season friendly win over a Premier League side until Kane and Son showed their status as a deadly attacking duo.

Scottish giants Rangers established a first half leadcourtesy the strike from Croatian attacker AntonioColak.He scored his first goal for the reigning Europa League finalists since his move this summer. Colak joined Rangers from Greek side PAOK for an undisclosed fee at the start of this month.

Kane has been the main man for Tottenham Hotspur during pre-season this summer as he has scored five goals in three matches including the brace against Scottish Premiership outfit Rangers. England international Kane started pre-season with a braceagainst a selected Korea XI in Seoul. Apart from the England man, Son Heung-Min also scored twice during the game which ended in a 6-3 win for the Premier League side.