England international Bukayo Saka was the star of the show as Arsenal edged a five-goal thriller at Watford to take fourth spot on the Premier League table. Saka showed why he’s regarded as one of the best young talents in the Premier League as he was a thorn in the flesh of the Watford defenders especially in the first half. 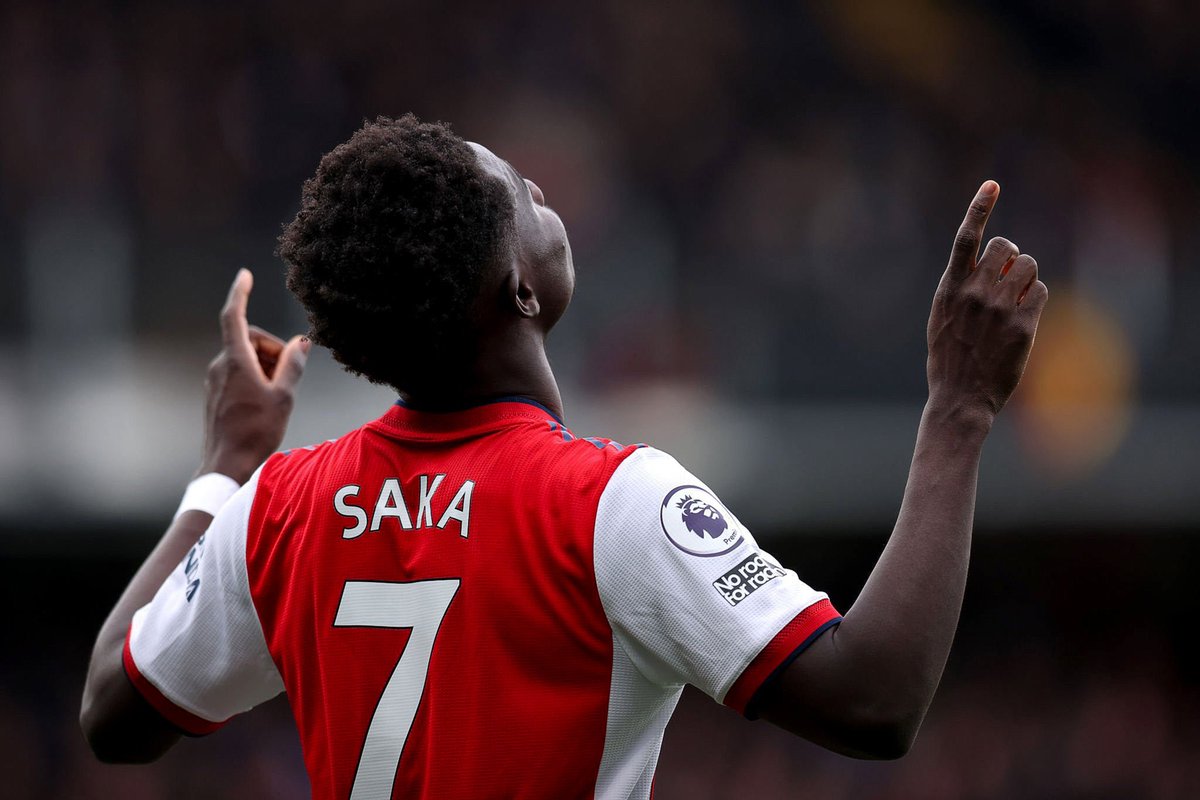 Saka and Arsenal suffered a scare when Nigerian striker Emmanuel Dennis scored inside 17 seconds only for him to be ruled out for offside. Arsenal responded by taking the lead in the fifth minute through Martin Odegaard after good work from England player Saka.England national team star Saka doesn’t turn 21 until September and he has the most goal contributions in the Premier League this season amongst players who are under the age of 21. He has eight goals and five assists in 25 Premier League appearances.

Watford havethepoorest record in the league when it comes to home form, but they fought back to level proceedings thanks to a very good goal from Cucho Hernandez via an overhead kick off the assist from Spanish right-back KikoFemenia.

England international Saka gave Arsenal the lead back when he robbed Watford midfielder Tom Cleverley around the edge of his box before linking up with Frenchman Alexandre Lacazette who was the focal point of the Arsenal attack. The goal from Saka ensured thatArsenal went into the half-time breakwith a slim lead.

Arsenal striker Lacazette was the provider again when young Brazilian star Gabriel Martinelliscored the third goal of the game for the Gunners at the start of the second half. Watford skipper Moussa Sissokopulled one back four minutes from time toset-up a grandstand finish but Arsenal were able to see out the game to secure a valuable win in their pursuit of Champions League football. Only a spot in the Premier League top-four will give the Gunners a place in the Champions League next season.