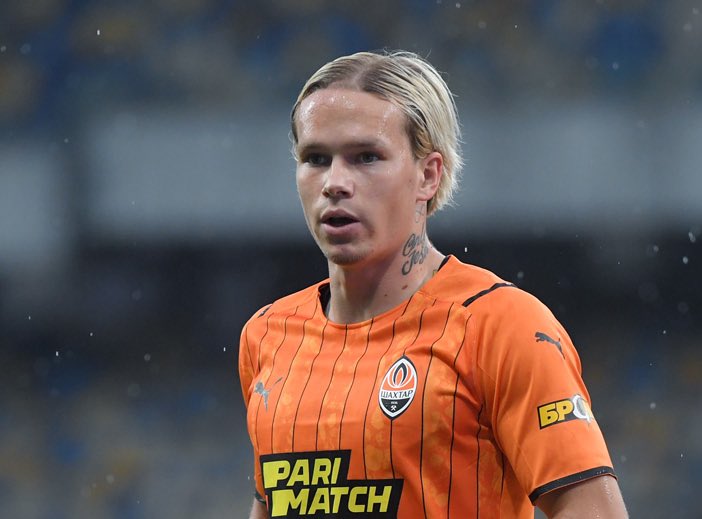 Rudy Galetti claims Arsenal and Shakhtar Donetsk remain locked in talks for the transfer of Mykhaylo Mudryk. The Ukrainian winger has emerged as a late target for the Gunners, with a deal worth €25 million plus bonuses being discussed in the background. Arsenal hope to get one or two deals over the line before Thursday’s transfer deadline as Mikel Arteta continues to look for options that improve his squad. Bringing in a new winger was always been considered necessary, as there is no reliable cover for Bukayo Saka in the team.

After losing out on Raphinha earlier in the window, Arsenal never really focused on the position and decided to strengthen other areas. However, since the departure of Nicolas Pepe, the wide position may be a bit short for Arteta’s liking; hence, Arsenal continue to push for a new player. There were mentions of Cody Gakpo, Yeremy Pino and Pedro Neto in the last weeks, but no move has materialised. Arsenal stalled their interest in Neto due to Wolverhampton Wanderers’ enormous demands to complete a move.

In recent days Mykhaylo Mudryk’s name has emerged as a possible target, with the Ukrainian winger reportedly liked by Arteta. The left-footed, pacey star is an essential player for Shakhtar Donetsk, who may be happy to do business with Arsenal. Reports of Arsenal battling Everton for the winger emerged in the last few days, but the Gunners may have the pull to sign the attacker. Rudy Galetti suggests talks are ongoing with Shakhtar for the transfer, which may cost the north Londoners €25 million plus bonuses.

It is a good deal for Arsenal as they have always wanted to invest decent money in younger talents. If the transfer goes through, the 21-year-old could join compatriot and national team captain Oleksandr Zinchenko at the Emirates. Alternatively, the Gunners have some level of depth in the position, with summer signing Marquinhos and Reiss Nelson Arteta’s other options in wide areas.