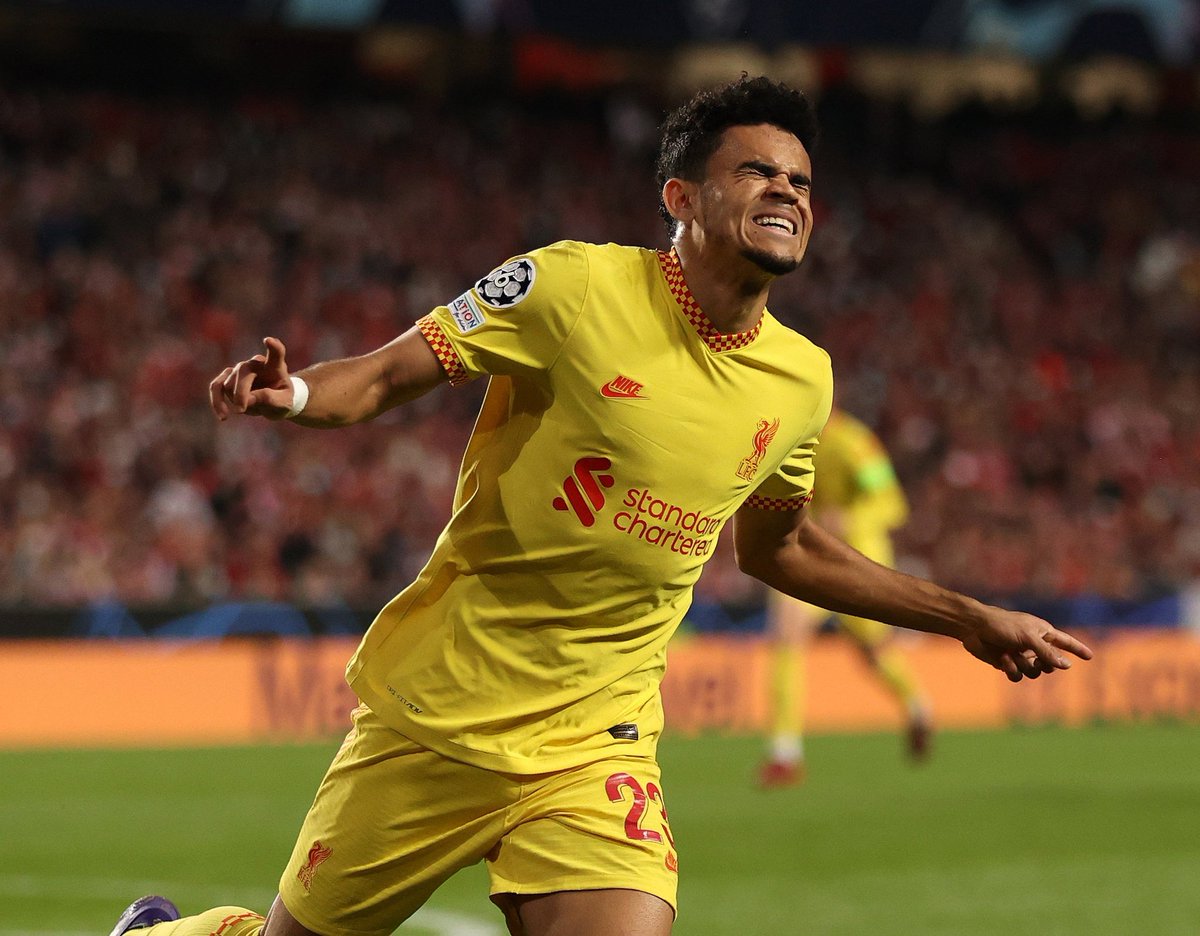 New signing Luis Diaz scored his third goal for Liverpool since his big transfer to the club during the winter transfer window earlier this year during the 3-1 away win over Portuguese giants Benfica in the first leg of their UEFA Champions League (UCL) quarterfinal tie. The Colombian international has been a very good addition to the Liverpool squad since he moved to England in January.

Luis Diaz moved from Portugal to England after Liverpool paid an initial fee of €45m plus €15m in add-ons to secure his transfer from Portuguese Super League leaders FC Porto at the start of this year. He has been the preferred option for Liverpool manager JurgenKlopp on the left side of his attack since his transfer to England over two months ago.

Merseyside giants Liverpool were massive favourites when they got Benfica at the end of the quarterfinal draw in the Champions League and they lived up to that status with the two-goal win at the end of the first leg in Portugal. French defender Moussa Konate gave the Reds a perfect start on 17 minutes before Senegalese international Sadio Mane doubled the lead in the 34th minute. The goals from Konate and Mane ensured that Liverpool went into the break with a two-goal advantage.

Uruguayan international Darwin Nunez has been the go-to man for Benfica in the Champions League this season and he took his tally in the competition to six goals when  he pulled one back for the home team four minutes into the second half. Liverpool wasted several chances to extend their lead until Luis Diaz made sure of the 3-1 result with the third goal three minutes from time for his third goal since signing for Liverpool. It was also his first goal for the Reds in the Champions League.